This weekend was totally insane. Outside of the fact that I spent most of the weekend helping Katty with her move, my uncle and aunt were in town, I sold the Jetta, and there were more than a few Halloween parties to go to! Let me begin with Friday morning…

We often park Katty’s car in the alley next to her building when bringing a bunch of stuff up or down the stairs. We always put the hazards on and we never leave it there for more than 15 min. Until Thursday night. It totally slipped both our minds. Friday morning we went out to get her car and go sign the lease – when we got outside we saw a familiar car sitting in the alley. I was convinced it was somebody else’s car as we would never have left it there! Luckily there was no ticket. But the leaving the Hazards on all night kills the battery. D’OH! As Katty called AAA I got out of the car and decided to ask the only guy walking down the street if he had a vehicle and jumper cables. He sighed and said… “yea, I do”. He totally came to our rescue! The situation was resolved in 5 minutes! Of course it just added to the stress factor already present!

….the Witch gets what the Witch wants! Happy Halloween!
“Oh my God the pressure!” -Tracey

So I’ve been meaning to post about the Northwestern game over the weekend. I really had some hope as they were up 35 points after the half! But, in what is now known as the “all-time largest comeback in NCAA Division 1-A football”, I think I’ll stay away from that story.

I did, however, find this picture of Coblert wearing his alma mater’s colors as he was the Grand Marshall of Northwestern’s Homecoming Parade. Good stuff! (anybody got $25k+ laying around for his portrait?!)

The weekend consisted of apartment hunting for Katty mixed in with plenty of debauchery for TK’s birthday. Brunch on Sunday was a blast as well! I sent a picture from my phone of us all waiting around looking hung-over, but for some reason it never made it on the blog. *shrug* I have also finally started to settle in at the new (now 3 months old) apartment! Unpacked some of the last boxes, set up the trainer and my bike and even got a 30min ride in! Monday was quite productive! I’ll let you know how the rest of the week goes…

It also seems like I’ve gotta come up with a costume in short order and then not be too hung-over after the Saturday parties to help move Katty into her new place on Sunday! Its gonna be a long weekend!

Saturday was the big day – TK turned 30!! Happy birthday TK!! We celebrated his 30th by having a few too many margaritas at Fernando’s and way too much at Finley Dunn’s! What a hangover! I’m still paying for it today! Uggh It was great to hang out with everybody – and a special treat to see BJ and JK!! It was also special because TK brought it to my attention that we have been friends for 20 years now! 20 years!! Some of my earliest memories involve TK – good and bad! I’m glad I could share your 30th with you TK! Now that TK has turned 30, its time for me to go into Defcon 1!! I’m only 11 months away!

Guess what we all have in common?!

I received a disturbing phone call from Katty this morning. Apparently Immigration and Customs Enforcement (aka ICE) detained a number of undocumented immigrants last night. The news itself was disturbing in light of the highly political climate just weeks before mid-term elections. But even more disturbing was the manner in which the suspects were detained. ICE officers entered a Chicago bound train car – at random – and started asking those who looked Latino and African for documentation. Those who were not able to provide documentation were detained until they could provide said information. This is wrong on so many levels I don’t even know where to begin! Who of us brings our passport everywhere they go? If the ICE officers thought that I looked Latino – I would have been detained! Since when can a federal US agency get away with such blatant discrimination!? How far are we from the point that all immigrants and visitors to our country will be required to wear some sort of identifying patch?!

ARRGH!! Am I the only one so incredible frustrated with the direction this country seems to be going?!

We stayed in the Brickell Key. Explored South Beach and Miami Beach. Partied at Mango’s in South Beach. Took a boat ride around the city, swam in the ocean, hit Jimbo’s bar/world and celebrated all weekend long! We’ve been up far too long – sleep calls.

All night on the beach till the break of dawn… 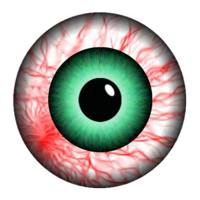 Weather is perfect, sun is shining! Just had breakfast and are about to head out and explore!